Helen Frankenthaler Basis offers $2.5m in emergency grants to guard at-risk heritage and artists in Ukraine and past 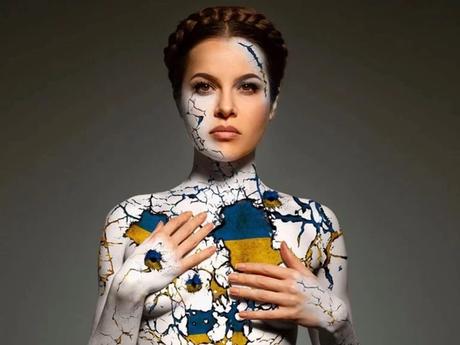 As Ukrainian artists face displacement, damage or worse, and the nation’s cultural heritage dangers harm and destruction amid Russia’s warfare, the Helen Frankenthaler Basis is giving $2.5m in grants to assist artists and websites within the nation and past. The grants embrace $2m to guard artists going through hardship and persecution, and one other $500,000 to safeguard cultural websites in Ukraine. The 2 units of grants will probably be distributed through partnerships with PEN America, a nonprofit targeted on defending freedom of expression, and the World Monuments Fund (WMF).

The $2m going to PEN America over the subsequent three years will probably be cut up between two initiatives: one supposed to cowl prices of fundamental wants, artistic initiatives and network-building for artists affected by the warfare in Ukraine, Belarus and Russia; and one other, the Artists at Danger Connection programme, which helps artists going through persecution world wide. The grants “will make doable direct monetary assist for artists working below monumental pressure and hazard, offering emergency funds to underwrite fundamental wants and allow them to maintain inventive apply”, says PEN America chief govt Suzanne Nossel.

The $500,000 earmarked for WMF’s efforts in Ukraine are particularly well timed because the extent of Russia’s devastation in areas round Kyiv comes into focus. Final week, Unesco mentioned it had recognized a minimum of 53 cultural websites in Ukraine which have been broken for the reason that Russian invasion started.

The Frankenthaler Basis cash will enable WMF to kind a Ukraine Heritage Response Fund, which might “intervene shortly in Ukraine—which is probably the most important component of emergency response to crises of this scale and nature—and supply early restoration actions to doc and recuperate cultural heritage”, WMF president and chief govt Bénédicte de Montlaur mentioned in a press release.